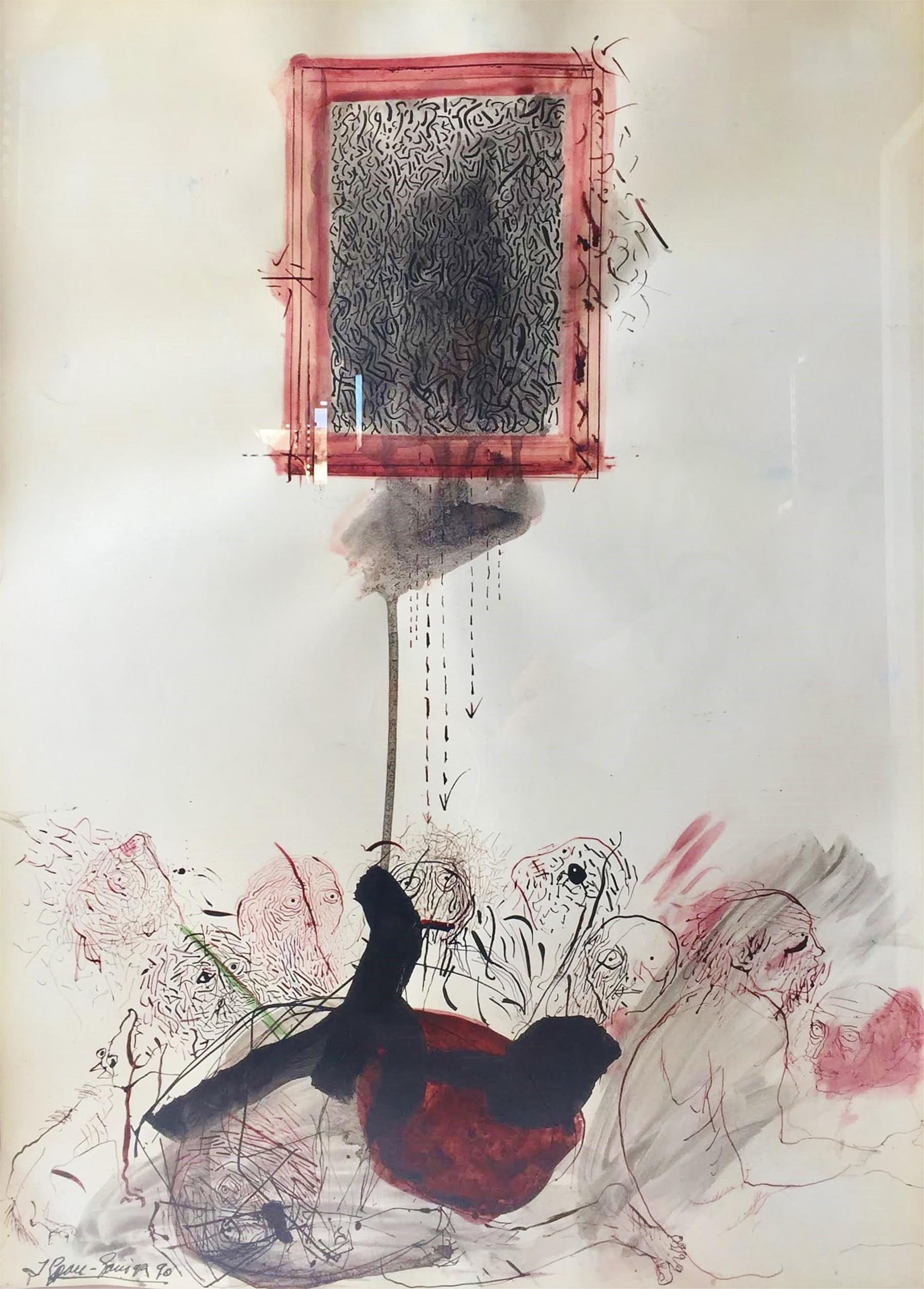 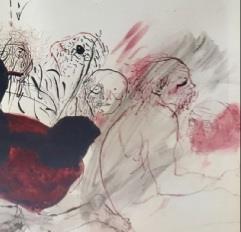 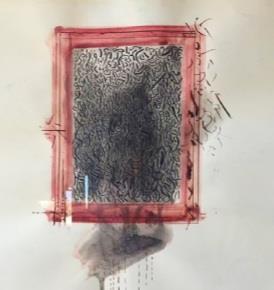 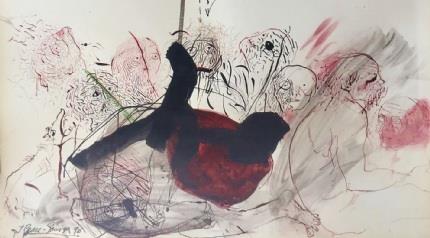 Author: Josep Grau-Garriga (Sant Cugat,1929 – Saint Mathurin Sur Loire –France-,2011). Title: Homes i marc. Description: Mixed media on paper made in 1990 by Sancuga artist Josep Grau-Garriga. Measurements without frame 69x49 cm. Certificate of authenticity is attached. Artwork in good condition. Josep Grau-Garriga (Sant Cugat, 1929 – Saint Mathurin Sur Loire -France-, 2011) studied at the “Llotja” School of Arts and Crafts and at the Barcelona School of Fine Arts. A painter by training, he Artworked in the field of mural painting and stained glass and came into contact with the world of tapestry, starting with the old Casa Aymat factory in Sant Cugat. It was he who introduced the renewal of tapestry art at the level of the entire Spanish state and he did it from this manufacture and from the artistic section that he directed from 1957 to 1970. The Catalan School of Tapestry was created there and the renewal would come from there. and the new concepts of art in this discipline. In addition to his Artwork in the field of textiles, his creations are also inclined towards pictorial Artwork, creating a lot of collage and assemblage, where the fabric has a prominent role. Since 1992 he lived in Saint Mathurin Sur Loire -Angers- (France). The French government awarded him the distinction of Chevalier de l'Ordre des Arts el des Lettres and in 1985 he received the Creu de Sant Jordi distinction from the Generalitat de Catalunya. His Artworks have been exhibited throughout the world and are present in leading museums and public and private collections of different museums and galleries in various cities around the world, mainly in Europe and the United States.